The final week brought Swintak’s art practice to the Soup Kitchen. To prepare for her luncheon, Swintak boiled herself into a broth for two days in a large metal vat over a fire with a nice selection of winter vegetables, reducing the body broth to about 48 litres, the approximate amount of her body water. Inspired by a passage from Leonora’s Carrington’s surrealist work, “The Hearing Trumpet,” where an old woman finds herself helplessly in a soup, Swintak instead created a situation where she was simultaneously both the chef and the food being served. Soup Kitchen patrons had the option of eating either “Swintak Broth” or a vegetarian version that was offered alongside a range of toppings reminiscent of body parts, such as toenails or loose skin. The banquet included a two channel-video documenting the making of the soup. 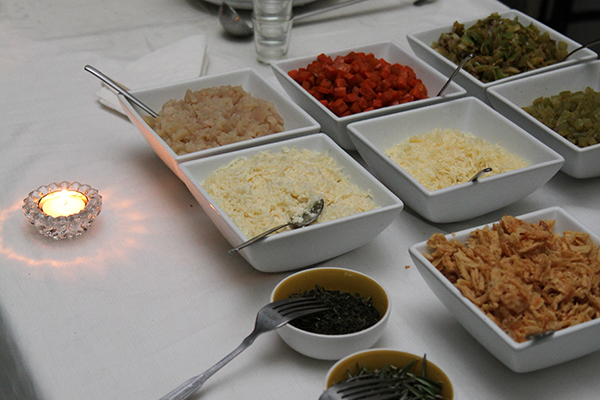