For week three of the Artists’ Soup Kitchen, guests were invited to Red food: Songs of unrequired love/death and transformation performed by Tobaron Waxman. The performance coincided with the sanniversaries of Tobaron’s both father and best friend’s death. Shirtless, Tobaron shaved their head and year-long growth of beard, collected the hair in a bowl and placed it as a temporary sculpture on a table by the cafe entrance. Tobaron then applied pale face makeup. Performing a capella and a repertoire of songs in Yiddish, Aramaic and Hebrew from Eastern Europe, Medieval Spain, and Central Asia, Tobaron traversed the space signing either big and loud to fill the café space, or more directly and intimately to individual people, while they ate a menu of red food garnished with edible gold. 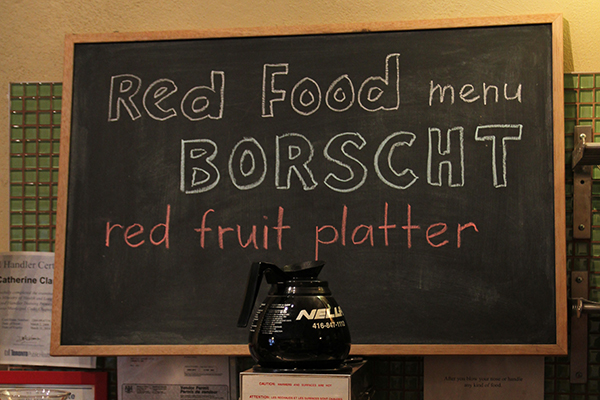